Who said magnetized neutron stars can not have super-critical disks? In recent paper we show that this can well be when the accretion rate is high enough $\ge10^{19}$g/s. Such rates are hard to achieve, but when done, result is spectacular!

We report on analysis of observations of the bright transient X-ray pulsar (XRP) Swift J0243.6+6124 obtained during its 2017-2018 giant outburst with Insight-HXMT, NuSTAR, and Swift observatories. We focus on the discovery of a sharp state transition of the timing and spectral properties of the source at super-Eddington accretion rates, which we associate with the transition of the accretion disc to a radiation pressure dominated state, the first ever directly observed for magnetized neutron star. This transition occurs at slightly higher luminosity compared to already reported transition of the source from sub- to supercritical accretion regime associate with onset of an accretion column. We argue that this scenario can only be realized for comparatively weakly magnetized neutron star, not dissimilar to other ultra-luminous X-ray pulsars, which accrete at similar rates. Further evidence for this conclusion is provided by the non-detection of the transition to the propeller state in quiescence which strongly implies compact magnetosphere and thus rules out magnetar-like fields. 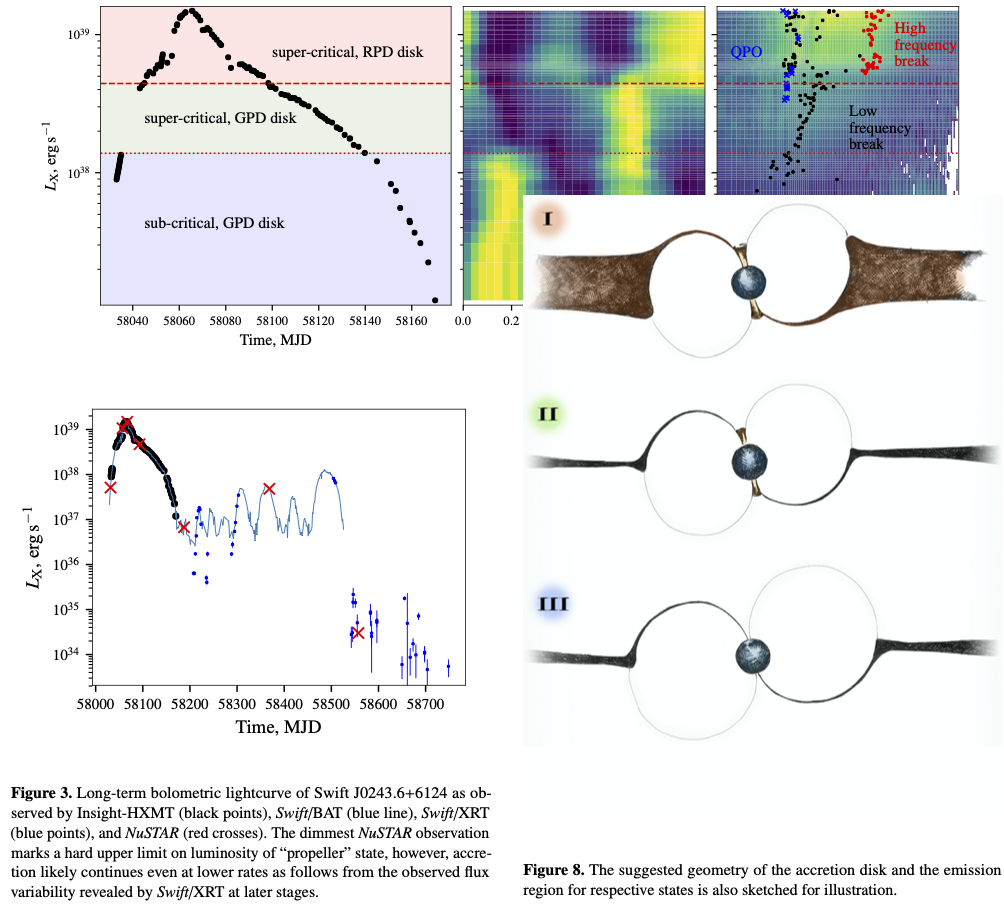