Discovery of the 5 keV cyclotron line followed by three harmonics in Swift J1626.6-5156

After a long careful analysis and writing up of the results, another joint DE/RU paper inspired by SRG and led by IKI collegues is finally accepted. We mostly focus on analysis of NuSTAR data obtained following our TOO request, and report discovery of the four cyclotron lines in the broadband X-ray spectrum of a transient Be/X-ray binary Swift J1626.6-5156. Besides the mere number of harmonics detected, the funny part is the energy of the fundamental of 4.9 keV, the lowest among all X-ray pulsars! This implies that the source has the weakest confirmed magnetic field among all X-ray pulsars $B\sim4\times10^{11}$G and makes it a prime target for the upcoming X-ray polarimetry missions covering soft X-ray band such as IXPE and eXTP. For other pulsars the region around the resonanse (typically above 20 keV) is not observable by those missions, and there lots of interesting things are expected to happen in terms of polarimetric properties! Up to now our only hope was GRO J1744-28 which also has a line at 4.5 keV, and has also shown a smallish outburst recently, so now we have two transients to watch for once IXPE launches this autumn. The more the merrier, obviously! Especially considering that Swift J1626.6-5156 appears to exhibit more or less regular (albeit low luminosity) outbursts. 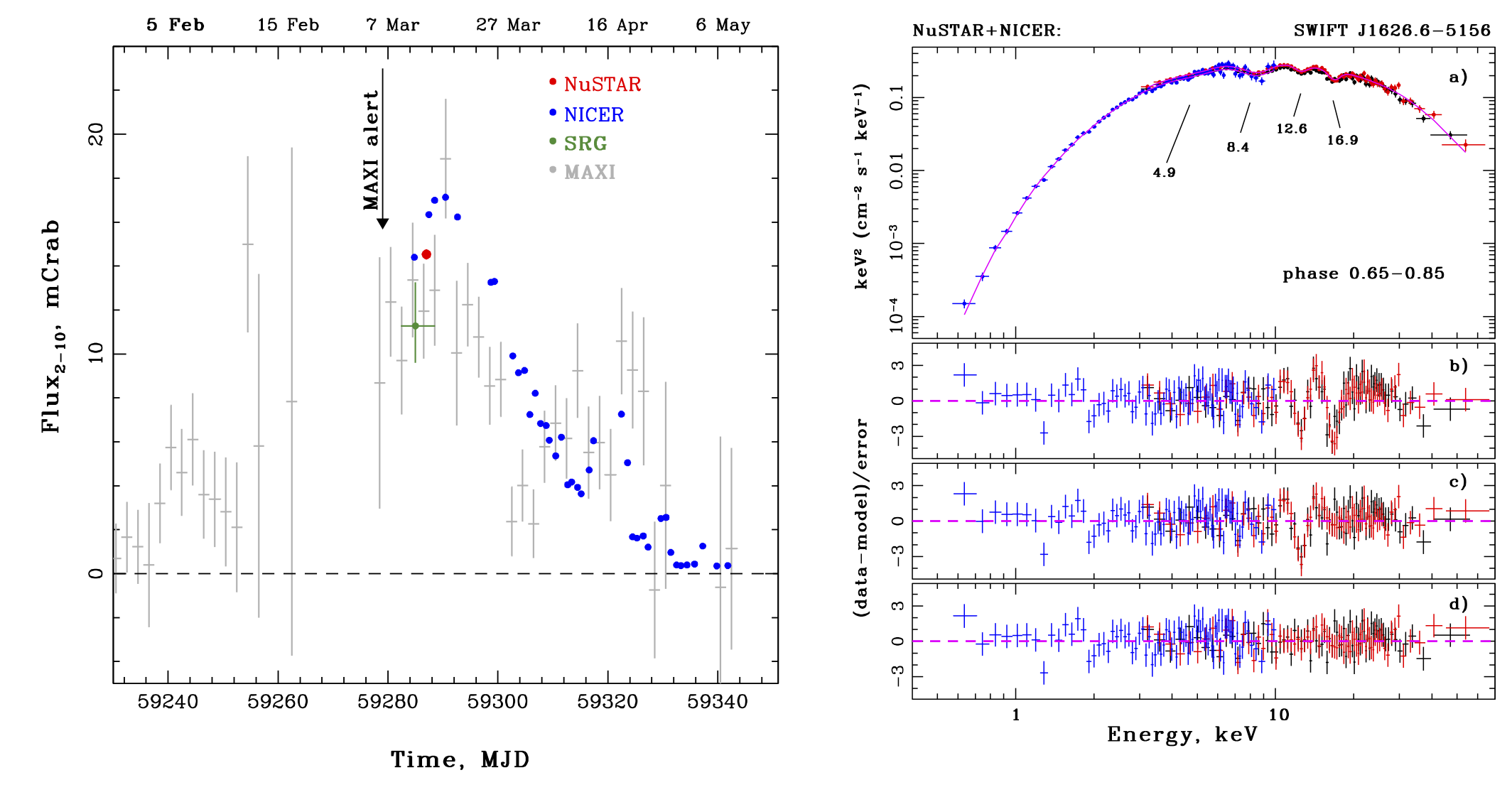 The contribution of SRG to the discovery was minor but essential as the initial alert by MAXI only indicated some elevated activity, so stronger justification was needed to trigger NuSTAR which ART-XC and eRosita were able to provide as coincidentely SRG scanned over the source just a couple of days after the first reports of activity thereby unambigously confirming detection.