We further elaborated on our work with Valery on intermediate polars to get better constrains on their luminosity funciton and numbers in Galaxy. It turns out the Mily Way is full of accreting white dwarfs we don't see because they are far away and faint as we discuss in our newest paper! 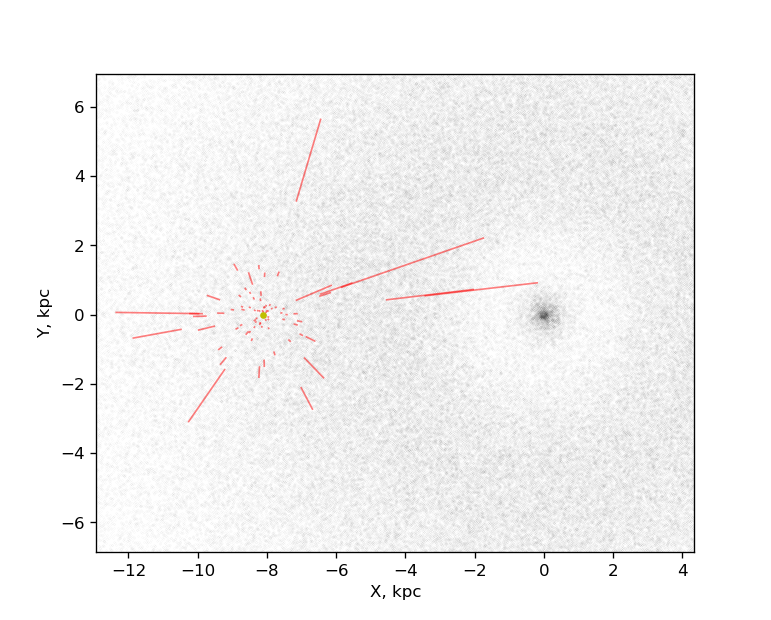 in the image above you can actually see those 340000 thousand (well, less, because it's only part of the Galaxy visible) objects along with about eighty which we actually know. Those are shown as red lines to reflect the uncertainty on distance to those which remains even after Gaia EDR3 release became available.